Hello, diehard Ludosity fans who spend most of your time walking about our offices asking for autographs. In this post I’ll explain the game’s direction and overall design. If you’ve played the original Ittle Dew, you may or may not be glad to hear that things will be a bit different this time around.

Ittle Dew 1: so many puzzles 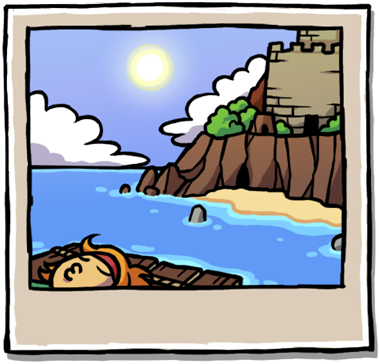 The original game was centered on The Castle, and the three items you could purchase from Itan Carver in any order. To beat the game, you needed two of the three items, but most players obtained all three before facing the final boss. The overworld was more of an afterthought – to be honest, the entire game besides The Castle was an afterthought, being designed during the game’s production.

The focus on puzzles meant that designing the dungeons, in particular The Castle, took a really long time. Players could also get stuck on puzzles that were required for progress, and it wasn’t always obvious whether you could solve a particular puzzle with your current items or not – some players thought that getting the items in certain orders was impossible, since the shortcuts could be rather sneaky.

The combat was also not the focus of the game, with simple enemies and virtually no penalty for death.

Ittle Dew 2: opening it up 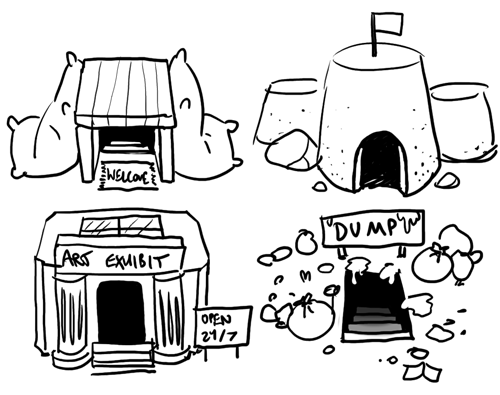 Ittle 2 takes place on an overworld divided into eight progressively harder areas, each of which holds a dungeon. The dungeons can be tackled in whatever order you find them, except for the final one. In case the player doesn’t want to explore the world themselves, completing a dungeon will reveal the location of the next recommended one on the overworld map.

The warp garden is a place located in the center of the overworld. Finding a warp on the overworld will link it to the warp garden, so backtracking is never much of an issue. Warps are located near dungeons and other important places.

There are four “active items”, mapped to four different buttons, so there’s no need to switch out your gear. The remaining equipment is passive, and can be inspected on the pause screen. Finding another copy of an item you already have will instead upgrade it, making it more powerful or granting it new abilities. Everything Ittle finds is immediately useful for either combat, exploration, or both. Additional copies of the items you’ll find in the dungeons can be also found in secret locations on the overworld, and some shortcuts in the dungeons require items from later dungeons.

Speaking of, Ittle 2 has a bigger focus on exploration and combat. The puzzles are still a big part of the game, and will still get pretty tough, but they won’t be in each and every room anymore. 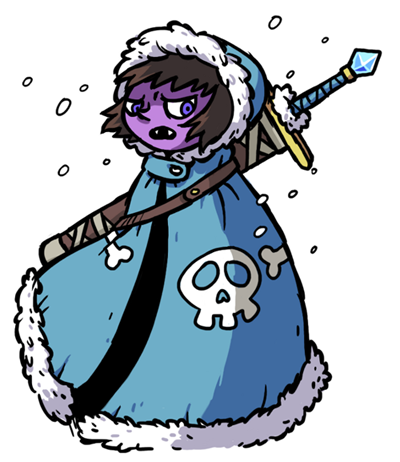 Every secret on the overworld can be found using only the starting Stick, so you won’t be wandering past obvious metaphorical keyholes, having to remember their locations while looking for the metaphorical key. That’s not to say that finding the secrets will be easy – discovering how the world works is part of the game.

If the enemies beat you up, you’ll keep all your progress but wake up at the entrance to the current dungeon, or the latest warp you went through. You’ll be opening up shortcuts and mini-warps in the process though, and dungeons are designed to avoid dead-ends. Once you enter a dungeon, you can solve it with everything you already have or what is found inside.

There’s also a pause menu option to instantly return you to the start of the dungeon (or the latest warp) while refilling your health, since it’s essentially the same thing as intentionally walking into enemies to run out of health and respawn there. Beside each warp and dungeon entrance is also a gadget that refills your health to maximum, for the same reason.

While there are some humorous cutscenes, mostly involving the bosses, there are no “mini-cutscenes” interrupting the regular gameplay. If you find a chest, you simple whack it into debris in one swing and collect the contents while a small explanatory popup appears. Control is never taken from the player during this time, nor while solving puzzles or opening doors. You can also skip cutscenes or turn them off completely.

The most interesting details about how the game world works are written on secret signs in the dungeons. The signs are not that well hidden, but if you discover something like this by yourself, rather than being told about it in some sort of tutorial, you’ll be more likely to read and remember it.

You should have some sort of conclusion or closing comment here.
You’re probably right.