Hello, Ittle Dew main artist here. Let’s talk about the move to 3D for a bit.

There’s a lot of great celshaded games recently (Guilty Gear Xrd, Jojo All Star Battle to name a few) that look amazing.
Celshading has always intrigued me – one of my favorite games of all time is Jet Set Radio, one of the first celshaded games i believe, a game that still looks so good. So when we discusssed Ittle Dew 2 being made in 3D, I saw this as a really fun challenge. Ittle Dew had a very particular style, with heavy black outlines and a wobbly style of animation (that wobbly style was actually selected because it makes animating so much easier! hah). We had previously experimented with Ittles style in 3D, with a dungeon crawler idea, and it had looked pretty good. However, in that test I used a lot of “billboards”(flat “sprite” objects that always look at the camera, think of the barrels in DOOM or items in Minecraft), while Ittle 2 went on to be a lot more “real” 3D. 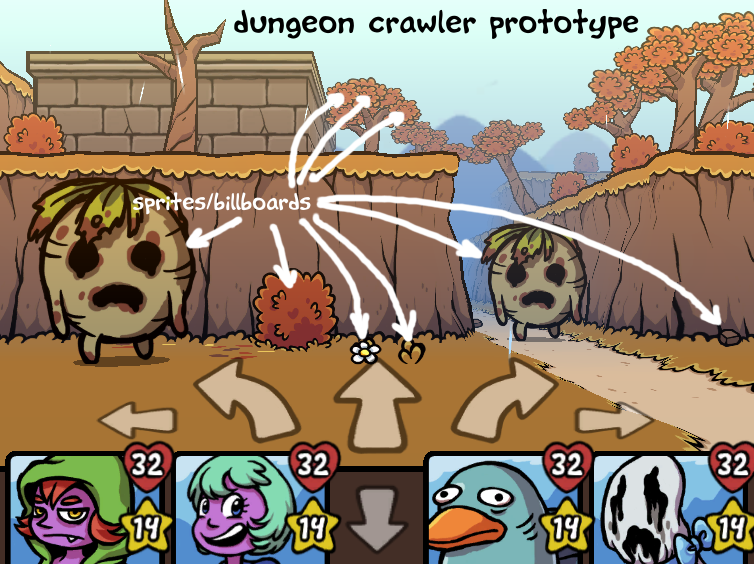 (The Card City Nights faces are just placeholder, since it’s just a little prototype)
The first thing we did was have one of our wizard programmers make something do we could have wobbly outlines even in 3D, since by now we felt that was a big part of the Ittle Dew style. But just like in Ittle Dew it will only be used on things that are alive or interactive, kinda. To make them stand out. Using it on everything all the time would probably be really annoying to look at.
Here’s the process of a recently created enemy, Safety Jenny, with wobbly outlines:

(Animation is work in progress) 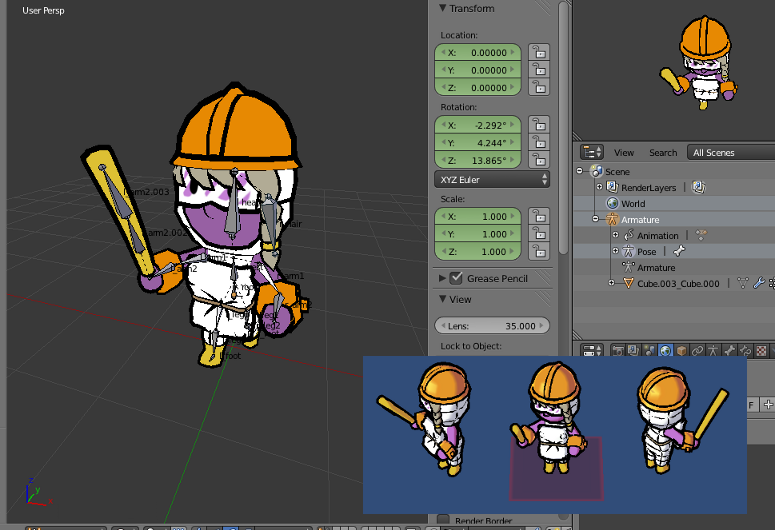 The outlines on both characters and props are not automatically created by an outline shader or such.
I find that to get decent looking outlines you need to create them manually so you can tweak problematic areas by hand.

There’s not much more to say about the surroundings, but let’s look at a picture.
The most important thing is to not lose too much of Ittle Dew’s charm when moving to 3D, and I dare say it’s going fairly well.

Having a (mostly) fixed camera helps a lot here! 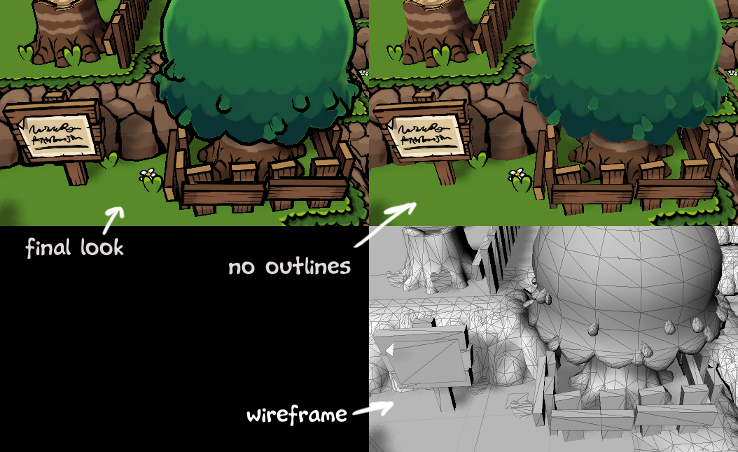 And that’s pretty much it for me. Not a lot of informative text, but a bunch of pictures at least!